Profile: Ito Kish on Design, Inspiration and Beyond We took a closer look into how the Gregoria Chair designer, Ito Kish, gets inspired, his design process, and how new ideas come about.
He pens his design thoughts further. Read on to find out more.

Telling stories has always been the core of what I do from the very beginning. That is why my calling cards say Chief Creative Story Teller. Yes, that’s really the title on my card. Whether it’s about objects or ideas, I always like a story behind it. Now, I take the chance to share with you how I get inspired, my design process and how I come up with concepts. Inspiration can be everywhere for me and can get inspired by anything. My travels help motivate me but what is most important is that I stay close to who I am as a Filipino. My roots and my own culture always guide me. Each time I get out, I always make it a point to see how things I’ve seen and experienced can work out with me when I get back to the Philippines. You can see in my sketchbook, they’re dated and also includes the time and most often these entries in it come out fresh from my travels.

Any culture can serve as a starting point for me. You can see in my abode a curious mix of things from books on Angkor Wat to the robes of the sultans of the Ottoman Empire. They are complemented by Hindu and Christian icons in the form of objects I’ve collected from here and there. One can say my house is like a museum of different things that captured my fancy over the years. During my travels, museums play a crucial part to my creative process. Some of my favorites include the Louisiana in Copenhagen and the Whitney in New York. Museums might have partly served as a reason why I like to tell stories, there’s always a narrative with every piece of relic or artwork in them. Fashion is also something I’m fascinated about and it can’t be denied. I’m drawn into how fashion can influence people and challenge them to express themselves. I’m really fond of designers who were revolutionary during their time just like how Coco Chanel made women wear pants, how Tom Ford captured the spirit of the turn of the century or how Alexander McQueen who despite his radical take on beauty was still always grounded in culture and tradition.

Going back to myself, I’ve always liked the universal language to these things that inspire me. Think of the Gregoria chair. It was inspired by the balusters during the houses during the Spanish colonial times in the Philippines although it can be seen as cathedral spires or seen as to having Moorish references. The Arellano vases, which were inspired by the Metropolitan Theater of Manila known to be one of the few remaining Art Deco buildings in the country. While Art Deco might have started in France, it has specific nuances to every place where there’s one Art Deco structure and in this case, that said building has become something deeply grounded among Filipinos.

As you can see, this is how culture affects me. I hope that telling my story and my process has enabled you to get a closer look into how I do things and invite you to tell your own story as well.

We received great recommendations and customer serviced from Nadia, and decided on the Dawn Rug after the home trial service. After 1 year of having the rug, we still love it as much as the first day we got it, and are very pleased with our choice and the service we have received from LivingDNA. 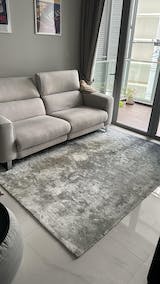 Received my first rug bought during the sale . Love it . Got my second the very next day .

I chance upon Living DNA online while searching for a soft and easy to maintain rug for my living hall. Impressed by the wide range of rugs available for selection, I visited their showroom today. I was served by Nadia, a very pleasant and knowledgeable lady. With her help, I decided on the Rove Washable Rug. I'm glad that I took her advice and picked the right size rug that fits nicely into my hall. Thank you Nadia!

Had a great experience with the team at living DNA, had a change in mind on colour and the exchange process was fuss free and simple. :) 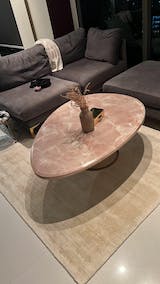